Home About Us
Mosman Law Offices
Attorneys At Law

Our story really begins with Roy Mosman hanging out his shingle in 1960 in Lewiston, Idaho. In 1963, Mr. Mosman was elected Nez Perce County Prosecutor. In 1973, he was appointed the District Judge in Latah County, and moved with his family to Moscow. In 1979, Roy returned to private practice. In 1992, Roy’s son Wynn joined the firm.

Roy was appointed to the State Board of Education, where he served three terms, including a term as president. In 1999, Mr. Mosman was named Distinguished Lawyer by the Idaho State Bar. Mr. Mosman passed away in 2006, but left a legacy of advocacy and professionalism on the firm which still bears his name. 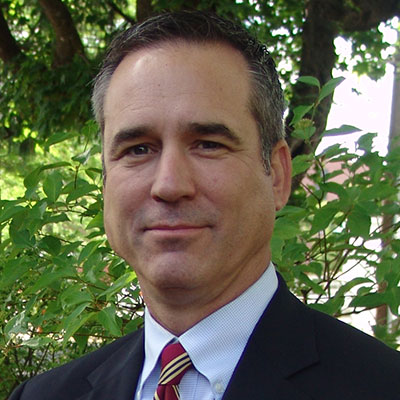 …Lorem Ipsum proin gravida nibh vel velit auctor aliquet Aenean lorem quis
bibendum auctor, nisi elit consequat ipsum, nec sagittis sem nibh id elit.
”
WHY CHOOSE Mosman Law Offices?
With over 60 years of experience we are:

Trusted
Our established practice is trusted by local community members. We are known for our integrity and ability to get the job done.

Experienced
We are experienced in criminal law, family law and personal injury cases. Let us use our proven track record of success to help you with your case.

Local
Mosman Law Offices has been serving the quad cities of Moscow, Pullman, Lewiston and Clarkston for over 20 years. We live in and serve local community needs.

Passionate
We are passionate about what we do and those we serve. We strive to be the best in our areas of practice to ensure that we can represent you well.
Michele
Mr. Wynn Mosman is an extremely knowledgeable, polite, and caring lawyer. His experience was evident through his quick and very accurate assessment of the situation, what we could expect, what our son needed to do and how the case would likely evolve. He kept us well informed throughout the process and helped us all remain calm with his realistic timelines. In court our son was even more impressed and appreciative of Wynn with an outcome we all consider very fair.
Bonnie
I found Mr. Mosman thru the internet to help us navigate an issue with our daughter. Mr. Mosman was a gem – calm, thorough, informative, kind. The entire incident resulted in a complete dismissal of all charges, so I can’t imagine how it could have gone better. I hope I never need him again but would not hesitate if we did!
Patricia
Mr. Mosman was honest, straight with my son about the gravity of his situation and unfailingly kind and concerned about the wellbeing of our family throughout our yearlong case. He used his longtime knowledge and relationships to craft a good defense strategy and earned our respect and gratitude in the process. I would recommend him without question.
Lance
We retained Wynn to represent our son regarding a serious charge why he attended Washington State University. As we where over 2,000 miles away and time was of the essence we hired him over the phone. Wynn took the time to explain the charges and make sure both my wife and I understood the charge my son was facing. In a timely manner Wynn took the time to help understand the timing and circumstances around my sons case. He then constructed a very well thought out defense that resulted in the charge being dropped.
Rex
I am an attorney and ended up needing to hire an attorney. I was given Wynn’s name from another attorney that I work with all the time. I went to college in Moscow, Idaho so I recognized Wynn’s name. I needed his services on the spot. Wynn took my case over the phone and promptly protected my interests. I trusted my most important matter to Wynn Mosman. Wynn did a great job and his charges were fair and reasonable.
Erin
Mr. Mosman always kept me in the loop on what was going on in regards to my case. He responded emails and phone calls promptly. If I had a question about my case he would always explain and review potential options to me. I am very appreciative and grateful for all he did regarding my case!
THOUSANDS OF
successfully completed cases
If you have any legal problem in your life
We are available
CONTACT US